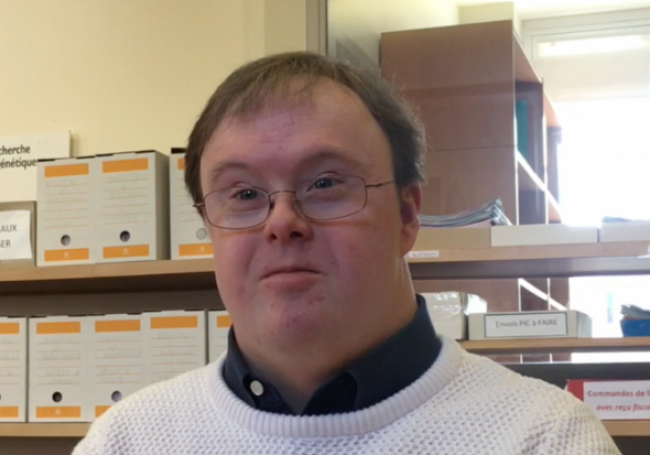 In the action comedy “Tropic Thunder,” a group of actors shooting a war movie is led by Tugg Speedman (Ben Stiller), a pampered action superstar, Kirk Lazarus (Robert Downey Jr.), an over-the-top Australian-born method actor who has gone to extremes to get into character, and Jeff Portnoy (Jack Black), a gross-out comedy star.

What’s the big deal about using the word “retard”?
A lot of people are talking about the movie “Tropic Thunder.” One of the reasons that it is being talked about is that the characters use the term “retard” over and over. They use it the same way that kids do all the time, to jokingly insult one another.
The people who made the movie, DreamWorks and Paramount, and many of the critics who have reviewed it, say that the term is being used by characters who are dumb and shallow themselves.
You see, we are supposed to get the joke that it is only the dumb and shallow people who use a term that means dumb and shallow. My dad tells me that this is called “irony.”
So, what’s the big deal?
Let me try to explain.
I am a 26-year-old man with Down Syndrome. I am very lucky. Even though I was born with this intellectual disability, I do pretty well and have a good life. I live and work in the community. I count as friends the people I went to school with and the people I meet in my job.
Every day I get closer to living a life like yours.
I am a Global Messenger for Special Olympics and make speeches to people all over the country. I once spoke to over 10,000 people at the Richmond Coliseum. I realize that I am a voice for other people with intellectual disabilities who cannot easily speak for themselves. I thank God that he gave me this chance to be someone’s voice.
The hardest thing about having an intellectual disability is the loneliness. We process information slower than everyone else. So even normal conversation is a constant battle for us not to lose touch with what the rest of you are saying. Most of the time the words and thoughts just go too fast for us to keep up, and when we finally say something it seems out of place.
We are aware when all the rest of you stop and just look at us. We are aware when you look at us and just say, “unh huh,” and then move on, talking to each other. You mean no harm, but you have no idea how alone we feel even when we are with you.
That is why I love being a Global Messenger. I work for days telling my dad what I want to talk about and he tries to write it down for me. Then we do it over and over until we have something that says what I mean. We wrote this letter the same way.
So, what’s wrong with “retard”? I can only tell you what it means to me and people like me when we hear it. It means that the rest of you are excluding us from your group. We are something that is not like you and something that none of you would ever want to be. We are something outside the “in” group. We are someone that is not your kind.
I want you to know that it hurts to be left out here, alone. Nothing scares me as much as feeling all alone in a world that moves so much faster than I do.
You don’t mean to make me feel that way. In fact, like I say in some of my speeches, “I have always depended on the kindness of strangers,” and it works out OK most of the time. Still, it hurts and scares me when I am the only person with intellectual disabilities on the bus and young people start making “retard” jokes or references.
Please put yourself on that bus and fill the bus with people who are different from you. Imagine that they start making jokes using a term that describes you. It hurts and it is scary.
Last, I get the joke — the irony — that only dumb and shallow people are using a term that means dumb and shallow. The problem is, it is only funny if you think a “retard” is someone dumb and shallow. I am not those things, but every time the term is used it tells young people that it is OK to think of me that way and to keep me on the outside.
That is why using “retard” is a big deal to people like me.
John Franklin Stephens is a Special Olympics Virginia athlete and Global Messenger who lives in Fairfax, Va.