he whole world’s eyes are on Washington today, and not in a good way. As Venezuelans, we’re looking North with more trepidation than most today, even though — in fairness — the panic over Trump-as-northern-Chávez is premature. A politician is to be judged by what it does in office, not by what he says before he gets there. Beating Chávez historic economic demolition of the richest oil country in the world, during the biggest oil bonanza ever, leaving behind an inflation-ridden, bullet-stricken, hungry, ailing country — is quite an ask. But let’s see what happens.

Because in one way, Trump and Chávez are identical: they are masters of Populism.

The recipe is universal. Find a wound common to many, someone to blame for it and a good story to tell. Mix it all together. Tell the wounded you know how they feel. That you found the bad guys. Label them: the minorities, the politicians, the businessmen. Cartoon them. As vermin, evil masterminds, flavourless hipsters, you name it. Then paint yourself as the saviour. Capture their imagination. Forget about policies and plans, just enrapture them with a good story. One that starts in anger and ends in vengeance. A vengeance they can participate in.

That’s how it becomes a movement. There’s something soothing in all that anger. Though full of hatred, it promises redemption. Populism can’t cure your suffering, but it can do something almost as good — better in some ways: it can build a satisfying narrative around it. A fictionalized account of your misery. A promise to make sense of your hurt. It is them. It’s been them all along.

For all those who listen, Populism is built on the irresistible allure of simplicity. The narcotic of the simple answer to an intractable question. The problem is now made simple. The problem is you.

How do I know? Because I grew up as the ‘you’ Trump is about to turn you into. I was cast in the role of the enemy in the political struggle that followed the arrival of Chávez, and watched in frustration year after year as the Opposition tried and failed to do anything about the catastrophe unfolding all around. Only later did I realize this failure was, in a significant way, self-inflicted.

And so, some advice:

Populism can only survive amid polarization. It works through caricature, through the unending vilification of a cartoonish enemy. Pro tip: you’re the enemy. Yes, you, with the Starbucks cup. Trump needs you to be the enemy just like all religions need a demon. As a scapegoat. “But facts!”, you’ll say, missing the point entirely.

What makes me the enemy, you may ask? In their mind it’s very simple: if you’re not among the victims, you’re among the culprits. In your case, you’re that modern bogeyman called the liberal urbanite hipster who thinks all cultures and religions are valid and equally worthy, who thinks of the working-class disparagingly. You are, in short, ‘a citizen of nowhere’ whose utopia is a massive, world-wide kumbaya with carrot chips, no church, and no soul either.

It’s silly, I know. Especially because you do care. As did I, a teenage CIA agent bent on feeding the serfs at my feudal estate with dog food. However, as long as you don´t recognize the problem is not the message, but the messenger, you will be wasting your time.

Your focus has to be on erase the cartoon you’ve been drawn into. Scrambling it. Undermining it.

Your organizing principle is simple: don’t feed polarization, disarm it.

This means leaving the theater of injured decency behind.

The Venezuelan Opposition struggled for years to get this. It wouldn’t stop pontificating about how stupid it all is. Not only to their international friends, but also to the Chavista electoral base itself.

The subtext was clear: Look, children — he will destroy the country. He’s blatantly siding with the bad guys: Fidel, Putin, the white supremacists or the guerrilla. Besides, he’s clearly not that smart. He’s threatening to destroy the economy, too. He clearly has no respect for democracy. For the intelligentsia. We, who work hard and know how to do business. We, who’ve researched this, thought about this, grasped this. In history, in economics, in diplomacy, in accounting. Now, learn this word. Repeat after me: fascism.

I heard variations on this so many times growing up that my political awakening was set off by the tectonic realization that Chávez, however evil, was not actually a stupid man.

“Don’t listen to them, folks”, says the populist. “Stop letting them think they can school and fool you. The only true fact is that the enemies are few and that they lie. Let’s show them they’re the ones who are wrong. They’re the ones who are stupid. They’re scared! Or, worse, fearing justice! They think only about themselves. Turn off the TV. Listen to me.”

You’ve just lost the first battle. Instead of fighting polarization, you’ve played into it.

In which case, try again, seriously, because by all means…

Our Opposition tried every single trick in the book. Coup d’etat? Check. Ruinous oil strike? Check. Inviting international intervention? You guessed it. Want to know how they did that last one, by the way? By removing themselves from the ballot in a parliamentary election. Yes, they just handed Chavismo full congressional power as some sort of ‘diplomatic statement’. Honest to God.

Look, they were desperate. If anything, history has proven they were right to be desperate. If any of those plans had gone well, bear with me for a second, Venezuela wouldn’t be in the shitshow it is in right now. Lives would have been saved. Many more improved.

But we failed. Because we lost sight that a hissy-fit is not a strategy. The people on the other side, and crucially Independents, will rebel against you if you look like you’re losing your mind. Worst of all, you will have proved yourself to be the very thing you’re claiming to be fighting against: an enemy of democracy. And all the while you’re just giving the Populist and his followers enough rhetorical fuel to rightly call you a saboteur, an unpatriotic schemer, for years to come.

To a big chunk of the population, the Venezuelan opposition is still that spoiled, unpatriotic, schemer. It’s taken many furious years for its politicians to wash away those stains. It sapped the opposition’s effectiveness for the years when we’d need it most.

All non-democratic channels are counter-productive: you lower your message, and give the Populist rhetorical fuel.

Don’t waste your time trying to prove that this ism is better than that ism. Ditch all the big words. Why? Because, again, the problem is not the message but the messenger. It’s not that Trump supporters are too stupid to see right from wrong, it’s that you’re much more valuable to them as an enemy than as a compatriot.

The problem is tribal. Your challenge is to prove that you belong in the same tribe as them: that you are American in exactly the same way they are.

In Venezuela, we fell into the abstraction trap in a bad way. We wrote again and again about principles, about the separation of powers, about civil liberties, about the role of the military in politics, about corruption and economic policy. But it took our leaders ten years to figure out they needed to actually go to the slums and to the countryside. And not for a speech, or a rally, but for game of dominoes or to dance salsa – to show they were Venezuelans too, that they had tumbao and could hit a baseball, could tell a joke that landed. That they could break the tribal divide, come down off the billboards and show they were real. And no, this is not populism by other means. It is the only way of establishing your standing. It’s deciding not to live in an echo chamber. To press pause on the siren song of polarization.

You will not find that pause button in the cities or the university’s campuses. You will find it precisely where you’re not expected.

Only then will your message land.

There’s no point sugar coating: the road ahead is tough and the pitfalls are many. It’s way easier to get this wrong than to get this right, and the chances are the people getting it wrong will drown out those getting it right.

But if you want to be part of the solution, the road ahead is clear: Recognize you’re the enemy they need; show concern, not contempt, for the wounds of those that brought Trump to power; by all means be patient with democracy and struggle relentlessly to free yourself from the shackles of the caricature the populists have drawn of you.

It’s a tall order. But the alternative is worse. Believe me, I know: I’m from Venezuela. 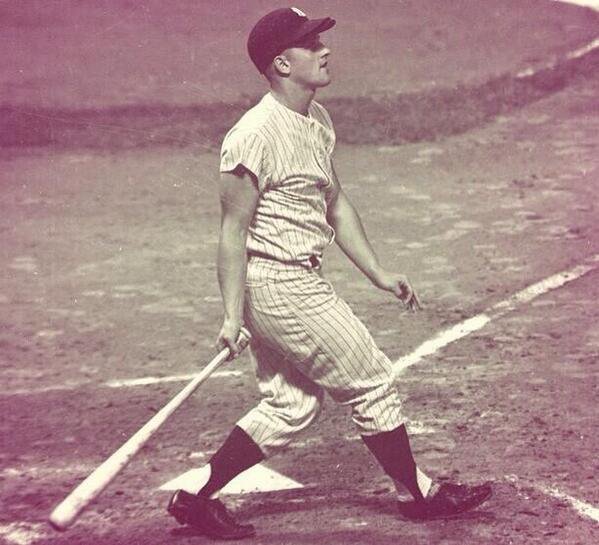 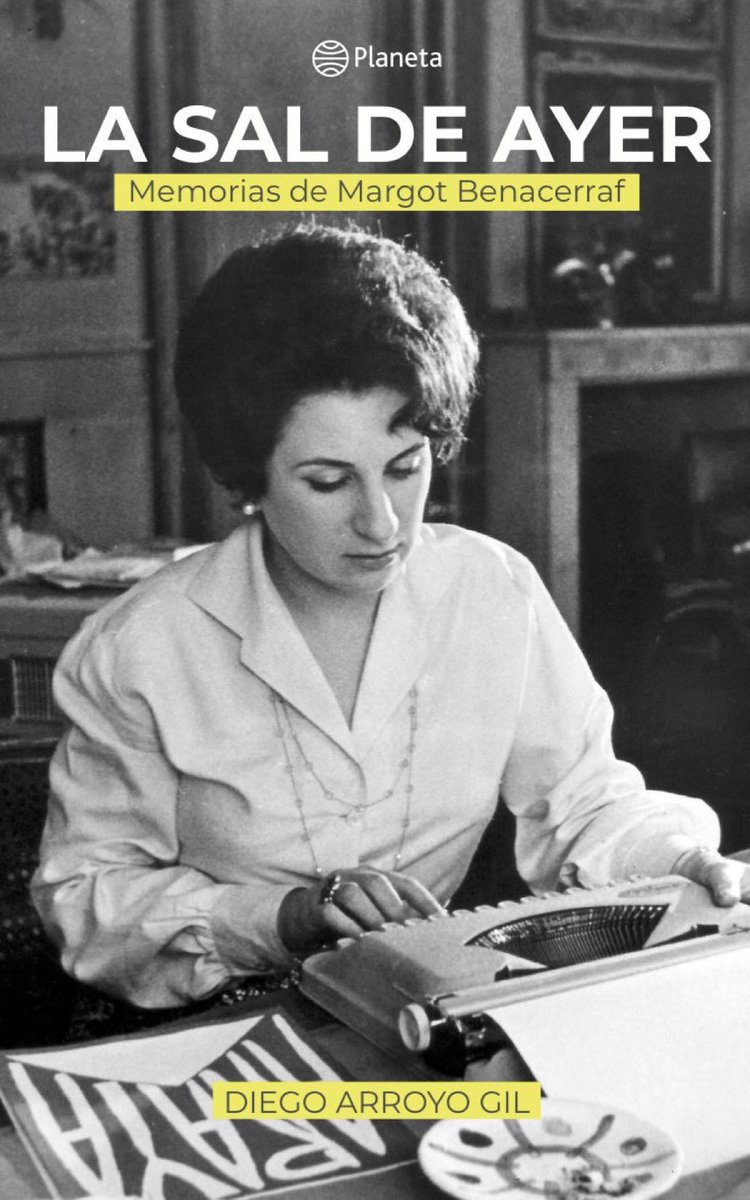