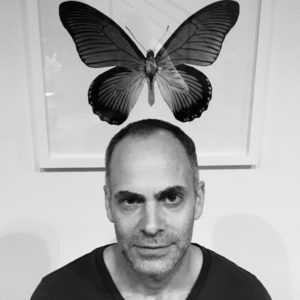 Of all the compromises he has had to make during Venezuela’s economic crisis, none may be as great for Carlos Sandoval as the books.

A self-described bibliophile — “my life is literature,” he said — Mr. Sandoval is one of Venezuela’s foremost literary critics and a professor at two of the country’s finest universities.

Yet, Mr. Sandoval can no longer afford to buy books.

“It’s the worst sacrifice,” he lamented.

Venezuela’s deepening economic crisis has spared few across the population of more than 30 million.

The nation is on the verge of, and by some measures already in, an extraordinary period of hyperinflation, with the inflation rate above 800 percent through October. Next year, consumer prices are forecast by the International Monetary Fund to soar more than 2,300 percent.

This is an economy in which even the hourly rate in a parking lot recently ticked upward in the two hours it took a shopper to run some errands.

Venezuelans of all socio-economic classes have been buffeted by sharply rising costs amid desperate scarcities of food and medicine, the collapse of public services and the medical system, and rampant crime. Their purchasing power has plummeted as wage increases have lagged far behind prices.

But affording purchases is only one major challenge. Another is figuring out how to actually pay for them.

The Venezuelan currency, the bolívar, is in short supply, and finding a fistful of them has become one of the nightmares of daily life. People are compelled to endure long lines at cash machines to withdraw maximum amounts equivalent to about 10 cents — just enough to pay for several round trips on a public bus.

The economic turmoil has put families — poor and affluent alike — at the intersection of some very tough choices, bred a stressful uncertainty about the course of any given day and turned the most basic tasks into feats of endurance.

“Something so simple as taking money out of a bank machine or buying a coffee or taking a taxi has become a race for survival,” Mr. Sandoval said.

Some in Venezuela have started equating the nation’s travails to a country during wartime. But the deterioration has in some ways been less dramatic and more insidious.

At first glance the severity of the situation might not be immediately obvious to a newcomer. Viewed from a certain remove, Caracas may seem like any other capital in the developing world: streets crowded with traffic, people hustling to work, shops open and doing business.

But on closer inspection, those impressions quickly fall away to reveal a society falling apart, and people struggling to hold their lives together and make it through the day.

The administration of President Nicolás Maduro stopped publishing inflation data long ago. But the opposition-controlled National Assembly, whose economic data is generally in line with those of private economists, said that the inflation rate hit 45.5 percent in October, up from 36.3 percent the month before, putting Venezuela on the statistical doorstep of hyperinflation, commonly regarded as 50 percent per month or higher.

But hyperinflationary conditions have already existed, economists say, particularly as prices on some key goods and services have risen by more than 50 percent month over month, putting them out of reach of an increasing number of people.

The stress and the costs are rendered most starkly among the poor, where margins of survival are measured in pennies.

For nearly two decades, Beatríz, 53, worked as a nurse in Caracas, a career she loved. Even though she earned only slightly more than minimum wage, she made enough to make ends meet for her and her five children.

“Food was never an issue,” said Beatríz, who, like some others interviewed for this article, asked that her full name be withheld for fear that she would be persecuted by the Maduro administration for criticizing the economic situation.

Several years ago, Beatríz was laid off from her job as the economy worsened, and she found work as the staff cleaner in the Caracas office of an international advertising firm.

She now makes about what she did as a nurse, yet it is no longer enough to cover her family’s basic needs, even though her household has shrunk to only three people: herself, a son and her ailing 76-year-old mother.

“We have to choose between medicine and food,” Beatríz said.

Like many poor Venezuelans, she has been gradually eliminating meals from her daily routine. She is now down to one, dinner, which usually consists of little more than rice and beans or pasta.

A survey conducted by a group of national universities found that in 2016, about 80 percent of Venezuelans were living in poverty.

In October, the cost of the basic monthly food basket that a family of four would need rose 48 percent during the month, according to the Analysis and Documentation Center for Workers, a nonprofit organization associated with the teachers union. Wage increases have lagged far behind the rise in costs of goods and services, putting them further out of the reach of consumers.

David, a 42-year-old hairdresser with three children, started paring back his expenses several years ago. First went the annual vacation to visit family in Mérida, his hometown, in western Venezuela. Then went the biweekly clothes purchases for his children. The family has not gone to the cinema, once a regular family treat, since last year.

Like other families hovering around the poverty line, they subscribe to a government program that is supposed to provide a box of subsidized food once a month, though deliveries are often less frequent. A recent box contained about four and a half pounds of black beans, the same amount of sugar, slightly more than two pounds of corn meal mix, five cans of tuna and four and a half pounds of pasta.

David, like many Venezuelans, spends a lot of time waiting in line to buy basic goods — when they are available. The other day he awoke before 5 a.m. and stood in line for nearly two and a half hours to buy a canister of cooking gas. By the time he got to the front of the line, the supply had run out.

As he told the story, he seemed neither annoyed nor angry. Just resigned. “It’s like something from a movie where you become accustomed to something that you shouldn’t be accustomed to,” he said. “Standing in line erodes the mind, erodes your thinking, the capacity to create.”

Exacerbating the country’s crisis, the bolívar has been in free-fall against the dollar in recent months. On Friday, the dollar was trading at about 103,024 bolívars on the black market, more than double what it was a month ago and about 33 times its value at the beginning of the year, according to DolarToday.com, a widely consulted website that tracks the black market rates.

The two-year graph of the rate change looks like the path of a plane that, after a sprint along a runway, executes a near-vertical take off.

The soaring cost of dollars has in turn made imports even more expensive. Public buses, garbage trucks and ambulances in disrepair remain out of service longer, or forever, for lack of imported spare parts.

But the plummeting bolívar also means those who earn in dollars can live like royalty.

On a recent evening at La Esquina, one of the capital’s most fashionable and expensive restaurants, many of the dishes were in the range of 100,000-200,000 bolívars — a fortune in a country where the monthly minimum wage is 177,507 bolívars, yet less than $2.50 in black market dollars at that day’s exchange rate.

The shortage of cash, and the enormous number of rapidly devaluing bills required to buy even the cheapest items, has accelerated digital banking in Venezuela. Transactions using credit cards and debit cards, or internet bank transfers, are the norm, even in some street markets.

Barter is also becoming more common. Mr. Sandoval said that a secretary in his university office recently offered a swap of some corn meal for bathroom soap.

While most taxis still demand payment in cash, Mr. Sandoval said that over the years he had assembled a network of taxi drivers who trust him enough to allow him to pay in bank transfers, which helps ensure that his transportation is covered as he zips from job to job, appointment to appointment.

He has built a busy life for himself to make ends meet: On top of his two university jobs and a position at a publishing house, he has taken on an array of freelance gigs, including editing a novel and teaching writing workshops.

Venezuelans call this kind of side work “matar un tigre,” or killing a tiger. And Mr. Sandoval is killing tigers right and left. Yet, there is no relief.

“With this situation,” he said, “everything has gotten much more difficult.”

Despite all the additional work he has taken on, he has watched his purchasing power spiral downward. A decade ago, his university paycheck would have covered his household expenses, food and mortgage, leaving enough extra to buy some trousers or a pair of shoes.

“Now, to buy a pair of shoes, I have to put together two biweekly paychecks and hope that a light bulb doesn’t break,” he said.

His wife, who has both Spanish and Venezuelan citizenship, wants to move to Spain, but he is resisting. He fears that despite everything, he would miss Caracas.

“This has to change at some moment,” he added, referring to the crisis. “I’m not sure how, but it has to change.”